Suicide or Survive was set up in 2003 by Caroline McGuigan as a result of her personal experience of suicide and survival. SOS became a registered charity in 2005. The organisation developed in order to fill two gaps in existing healthcare services for those who have attempted or contemplated suicide. These gaps, which were identified through personal experience and feedback from individuals who had attempted/ contemplated suicide and research showed that there was a lack of one-to-one psychotherapeutic interventions that can be easily accessed and that are not prohibitively costly and a safe space to explore experiences and seek support. One of the key drivers behind the work of SOS is the desire to support and assist the individual to harness his/ her own strengths and provide them with the tools to improve their own mental wellness. To this end, the organisation has recruited and formed alliances and partnerships with people and organisations who are passionate about taking positive action to create change in relation to mental health. 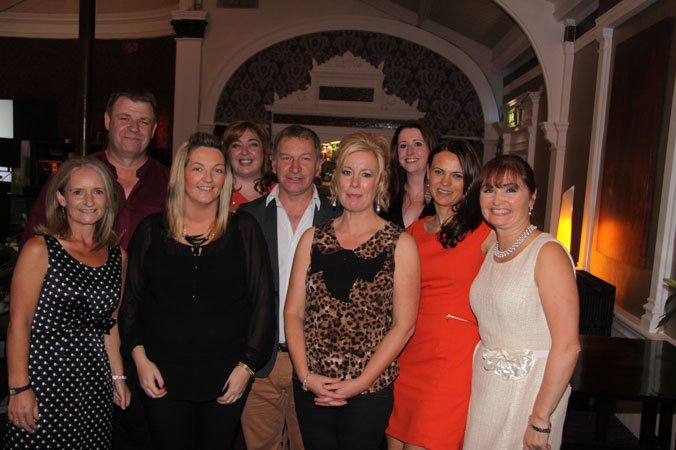 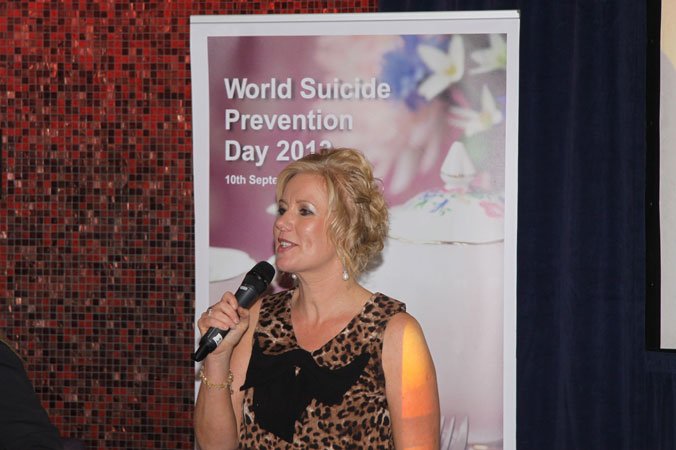 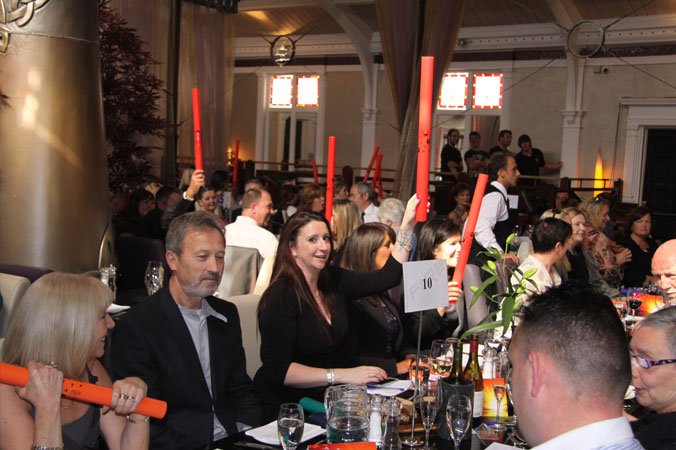 Over the years SOS has developed alliances and partnerships with a range of organisations who have an interest in mental health and suicide. These include: Amnesty International, See Change, North Inner City Mental Health Forum, the ICA, Vodafone, Dublin Fire Brigade, Athlone IT, IBEC, South Hill Outreach, NLN and many others. The belief at SOS is that if we work together in a collaborative way we can create a powerful force for change that alone would take much longer.

In order to raise funds over the years since its inception, SOS developed a number of fundraising committees and has run fundraising events such as the National Tea Break, Mini Marathon, the SOS Challenge and the 10th of September Luncheon. Private individuals whose lives have been impacted by suicide and/ or mental ill-health have and do generously give their time and energy to raise funds for the organisation. SOS has also received fantastic support and funding from private individuals and organisations such as the Iris O’Brien Foundation and the Vodafone Ireland Foundation. SOS also receives funding from the National Office for Suicide Prevention with which it has developed an excellent working relationship.

The CEO and Founder of SOS, Caroline McGuigan has committed herself to leading change in the area of mental health and suicide prevention in Ireland and applied for and achieved Levels 1 and 2 Social Entrepreneur Awards for her efforts. The CEO remains part of the development and delivery team in all services provided by SOS bringing her unique perspective from her own lived experience and keeping her grounded and connected to the individuals who use the services of SOS.

SOS developed its Eden Programme in 2003 to provide a safe space where people who have contemplated/ attempted suicide can explore their experiences and gain the skills to manage their own wellness, particularly in times of crisis, and to move away from suicide as an option of first choice in times of crisis. The programme has been refined and developed based on both internal and external evaluations over the years and has, in 2013, been manualised and rolled out nationally. A licencing system has been developed to this end and SOS is currently working in partnership with the HSE and National Counselling Services in Galway, Roscommon and Mayo. Evaluation findings have consistently supported its philosophy, values, ethos and the methodologies used and have demonstrated its validity as a suicide prevention approach and its benefits to those who attend. DCU carried out two evaluation that captured the benefits of the programme and its journey from its inception to the present day, and also the development of relationships with other agencies.

In 2009 Caroline McGuigan, SOS’s Founder and CEO appeared in a powerful documentary called ‘I See a Darkness’ which explored the issue of suicide and its impact. In 2011 she assembled the main contributors to the documentary along with the film maker involved and together they developed a seminar of the same name. The ‘I See a Darkness’ seminar is based on the documentary and a live panel discussion with the contributors, all of whom have been impacted by suicide. Participants have an opportunity to ask questions and receive answers about suicide and its impact which has for too long been a taboo subject and about which many people are afraid to speak. The workshop has been delivered in Colleges and Universities throughout Ireland and feedback received to date indicates that it is an extremely powerful and positive experience for those who attend. Other Colleges and Universities are approaching SOS on an ongoing basis seeking to have the seminar delivered on their campuses.

In 2010, SOS developed its Wellness Workshop and brought it throughout Ireland in partnership with local communities. The purpose of the day-long workshop is to provide people with an opportunity to learn about mental wellness and what they can do to develop and maintain their own wellbeing. The effectiveness of the workshops was established through an evaluation carried out by Trinity College in 2012 and based on evaluation findings, a Wellness Workbook to accompany the Workshop was developed in 2013, and more recently, two online workshops that can be accessed worldwide.

In 2013 SOS developed a partnership with Wheatfield and commenced delivery of its Wellness Workshops to groups of prisoners there many of whom have experienced mental health difficulties and would be considered at high risk of suicide. Trinity College Dublin carried out an evaluation of the Workshop and Workbook which was completed in 2014. From this, a two year project commenced and selected prisoners were mentored and trained to be part of the delivery team.

From 2012 to 2017, Caroline, the CEO and Founder of SOS was the resident psychotherapist on Newstalks Global Village radio programme. She co-presented on a fortnightly basis on the issue of mental health encouraging people to talk about mental health and its impact on their lives in a manner that demystified the area and recognised that struggles with mental health are a normal part of living and being human.

In 2011 SOS gathered a consortium of community based organisations to apply for funding under the Wheels Training Links Grant Scheme. Funding was granted and SOS led the consortium in the development and delivery of a suite of training modules (Mental Health Difficulties and Treatment Approaches, Introduction to Recovery in Mental Health, Introduction to Advocacy, and Facilitation Skills). Tutors and student notes were developed and training was delivered over a 2 year period in Dublin and Cork to groups of frontline workers and service users in the member organisations. This training was innovative in that it was delivered by tutors with both professional expertise and expertise by experience to mixed groups of people working in and using the services provided by consortium members. The project produced a suite of tutors and student notes that can and will be used in the future.

In 2013 SOS partnered with See Change, the National Mental Health Stigma Reduction Partnership, to develop and deliver Workplace Mental Health training. This training aims to reduce the stigma of mental health in the workplace and provide people with information on their rights and responsibilities in relation to mental health and employment. In late 2013 SOS became a partner in a successful bid alongside See Change and IBEC for funding from the Equality Authority for an 18 month project to develop best practice methodologies and materials for workplace mental health

In 2013 SOS developed a strategic partnership with WRAP International to develop quality standards for the delivery of WRAP (Wellness Recovery Action Plan) programmes. SOS continues to train WRAP facilitators so that WRAP can be made available to more people in their own communities.